Lemberger, Blauer Limberger or Blue Limberger is the name under which Blaufränkisch is commonly known in the USA, but it’s also used in Europe occasionally. According to Wikipedia, “The German name Lemberger derives from the fact that it was imported to Germany in the 19th century from Lemberg in Lower Styria in present-day Slovenia and then in the Austro-Hungarian Empire. An 1877 export of Lembergerreben to Germany has been recorded. The almost identical name Limberger refers to Limburg at Maissau in Lower Austria, where in the late 19th century “ungrafted Limberg Blaufränkisch vines” (wurzelechte Limberger Blaufränkisch-Reben) were offered for sale.”. To read more on this grape variety, see ‘Blaufränkisch‘.

Wines with this grape 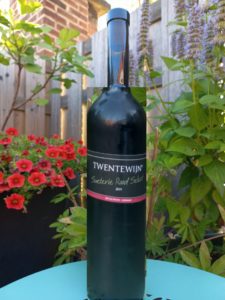