Everybody knows The Netherlands for their VOC history or their battle against the sea. But Dutch history has more to offer, such as the old and rich wine making tradition. The lack of historical documents show that great wine makers are not necessarily great documenters. So what do we know exactly?

The authors of the Wikipedia article on Dutch viticulture assume that grapes have been grown in the Netherlands for wine making since Roman times. Drinking wine was very common in Roman times. The basic drink for the Roman soldier was the so called “posca”, a mixture of wine and water, and the assumption is that this wine was made locally. However, wine researcher Mariëlla Beukers was not able to verify this claim.

The oldest official mention of viticulture in the Netherlands dates from 968. An inventory of Queen Gerberga of Saxony’s estates describes several vineyards in the vicinity of Maastricht. But even this might not be solid proof – Beukers explains that these inventory documents might include standard language used for listing of all estates, whether they actually included vineyards or not.

Despite the relatively northern location in relation to other wine regions, the region was very favorable due to the slopes and fertile loess soil. Later in the Middle Ages, viticulture also spread to other parts of the Netherlands. This was due to the relatively warm climate at that time, from which grape growing benefited. In the 14th and 15th centuries AD, the hills around the Meuse Valley and Geul Valley were largely overgrown with vines and Dutch viticulture was at its peak.

Several trends brought on the decline of wine making in the Netherlands. In the 15th century, the competition from beer brewers heats up considerably. The climate also changed drastically after about 1540. It became colder and colder and from about 1590 we entered the so-called ‘Little Ice Age‘. The cold climate was disastrous for the vines. The cold weather and the growing population caused famines and in response the fields were used for growing food instead of grapes. After the Eighty Years’ War, between 1566 and 1609 and between 1621 and 1648, viticulture in the Netherlands was decimated. 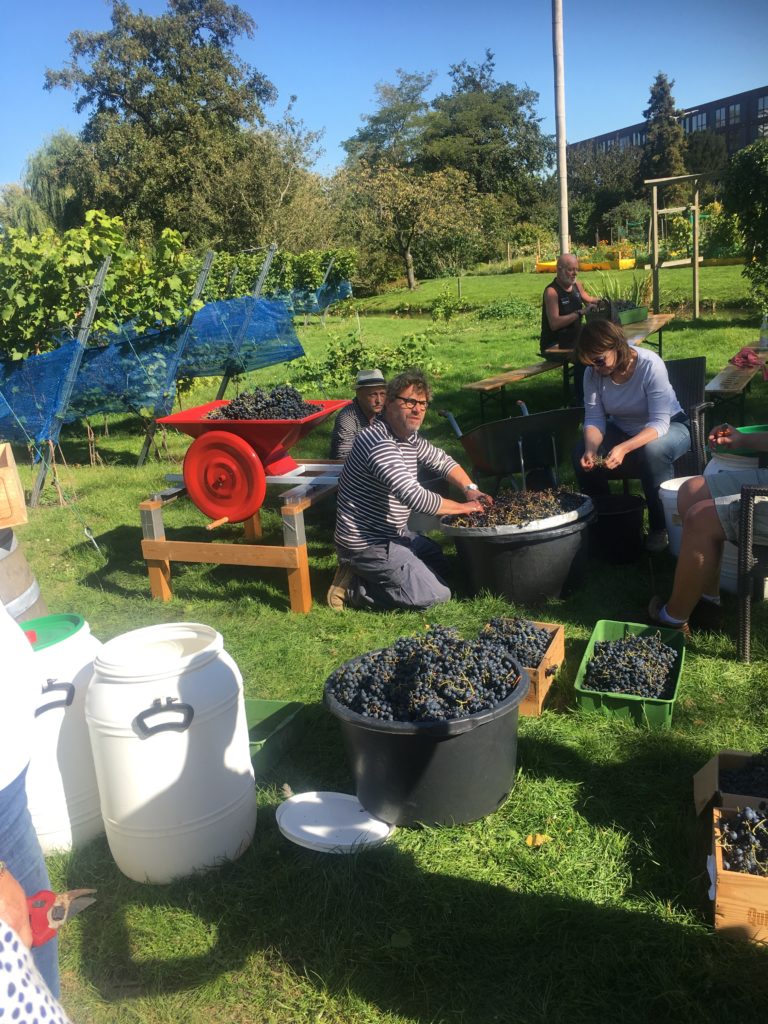 The final battle for viticulture was lost when the Phylloxera plague ruined the vines. There are also sources that say that Napoleon prevented Dutch and Belgian viticulture from restarting in order to remove competition for French wine makers, however this is disputed. The last vineyard near Maastricht closed its doors in 1946, but many years before that, wine making in the Netherlands had been marginalized.

Around the beginning of the 1970s much changed to the benefit of viticulture in the Netherlands. Several entrepreneurs decided to plant new vineyards in the provinces of Limburg and North Brabant. The oldest among them is the famous Apostelhoeve near Maastricht, a commercial vineyard since 1970. Since that time, new vineyards have started in ever increasing numbers.

Today, over 170 vineyards produce wines that are often unique to the country, in many cases using grape varieties that are specifically suitable for the Dutch climate (such as Johanniter, Souvignier Gris, Cabernet Cortis or Solaris to name but a few).